Walt with his wife Lillian Disney

Walt Disney's spirit inside the lamp in Disneyland's Fire Dep.

Centre right is Walt Disney from 1912

Walt as an ambulance driver

Walt Disney's star on the Hollywood Walk of Fame.

Walt's and his family's grave

His parents, Flora and Elias

Walt being given his special Oscar by Shirley Temple

Walt with Lillian at the Oscars

Walt with a Mickey plush

Walt with his many awards

Walt with a Mickey Mouse drawing

Walt with the seven dwarfs

Walt with many of his characters

Walt and Lillian on their honeymoon

Walt taking a look at the Fantasia characters

Walt explaining his plans for the Experimental Prototype Community of Tomorrow 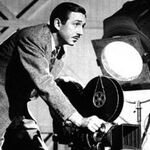 Walt as Grand Marshal for the Tournament of Roses Parade

Newspaper cartoons that show how the world was, and still is, affected by Walt Disney's death

Walt with Mickey, Minnie, Alice and the White Rabbit at the opening of the Alice in Wonderland attraction at Disneyland in 1958 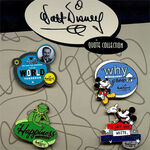 Photo from the October 1963 party in the Penthouse Club at the Disney Studio where Mousecars and Ducksters were presented to Disney comic strip writers and artists (left to right: Bob Karp, Walt Disney, Floyd Gottfredson, Al Taliaferro, Manuel Gonzales and Roy O. Disney)

Walt with Mickey in "The Treasure of Marco Topo"

Walt on "An Adventure in Color/Mathmagicland", the first episode of Walt Disney's Wonderful World of Color

Walt Disney with his characters on the front cover of the December 27, 1954 issue of TIME Magazine

Walt Disney on the set with Dorothy McGuire, Fess Parker and Robert Stevenson for "Old Yeller" 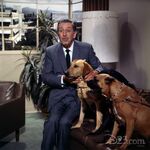 Walt's cameo in the Mickey Mouse episode "Feed the Birds"

Walt playing with a Pinocchio marionette

Add a photo to this gallery
Retrieved from "https://disney.fandom.com/wiki/Walt_Disney/Gallery?oldid=4247698"
Community content is available under CC-BY-SA unless otherwise noted.