Originally, the line consisted of the company's ten best-selling VHS titles and would be released in October of each year. Snow White and the Seven Dwarfs was the first film released in the series, in 2001. The two following titles, Beauty and the Beast and The Lion King were released in IMAX and other giant screen theaters during the holiday season before their respective October DVD release. Due to underwhelming box office results, a planned IMAX release for Aladdin was scrapped and the practice was discontinued.

In May 2003, Disney announced that it would be adding the next four best-selling titles to the collection. Starting in 2005, a Platinum Edition was released twice a year, one in October and one in February or March. The first eight Platinum Editions, from Snow White and the Seven Dwarfs in October 2001 to The Little Mermaid in January 2007, were also available on VHS. The last two releases in the series, Sleeping Beauty in October 2008 and Pinocchio in March 2009, were also released on Blu-ray Disc. In addition to the two discs for the movie and bonus features, the Blu-ray releases also include a DVD of the movie for travel purposes and to lure consumers without Blu-ray players into helping to boost sales.

The original plan for the Platinum Edition was that the films would be re-issued for a limited time, once every ten years. Since then, the interim between each re-issue of a particular film has been shortened to seven years. As of now, all 13 releases in the Platinum Editions line are no longer available in retail stores, and can only be found through specialized sales markets, or websites such as Amazon.com, Barnes&Noble.com, and eBay. Such out-of-print titles usually demand a significant premium given their considerable value to collectors.

Snow White and the Seven Dwarfs was packaged in a double-sized keepcase, and to date has been the only Platinum Edition DVD without a slip-cover. It was released on VHS in Brazil and on DVD in the UK as a Collector's gift set. From Beauty and the Beast to Cinderella, Platinum Editions were packaged in a dual-disc DVD case with a slipcase, with a book-like velcro flap which, when opened, gave an overview of the DVD's special features. Lady and the Tramp was the first DVD in the series to use a more standard slipcase without a flap. The slipcase for The Little Mermaid then featured embossed character art, and the slipcases for Peter Pan, The Jungle Book and One Hundred and One Dalmatians featured holographic artwork along with the embossment. Only sets sold during the first few months of a Platinum Edition's window of availability are sold with a slipcover.

Discs in the collection have also gone through transformations over the years. The first few releases and One Hundred and One Dalmatians were released on standard discs. Cinderella then featured their main characters upon the discs themselves as did The Little Mermaid. The latest change has been the addition of holographic images used on Lady and the Tramp, Peter Pan, and The Jungle Book.

Beginning with The Lion King, as an option for customers, select Platinum Edition DVDs were also made available in gift set editions, which included the standard retail DVD as well as supplements such as original animation sketches, a film frame, and a companion book. Some titles featured as Collector's Gift Sets are exclusive to certain countries as well, such as The Jungle Book and One Hundred and One Dalmatians in the United Kingdom and Germany only, and Snow White and the Seven Dwarfs and Peter Pan in the UK only.

The VHS releases of the first four Platinum Editions were packaged in white clamshells, while Bambi and Cinderella had cardboard cases. The Blu-ray Platinum Edition of Sleeping Beauty comes with a slipcover similar to those used from 2002-2005, with a book-like velcro flap and an overview of bonus features inside.

Each film in the Platinum Edition series is given a restoration, and generally presented in their original aspect ratios, except for a few exceptions:

Despite this, these widescreen films are however presented as cropped pan-and-scan versions as opposed to keeping their widescreen formats (with letterboxing) on their VHS counterparts. Most of the films in the collection are digitally restored from their original negatives, undergoing digital clean-up processes to remove dust, dirt, and scratches. Snow White and Bambi have featurettes detailing the restoration process included on the set as bonus features.

Three of the Platinum Edition releases - Beauty and the Beast, Aladdin, and The Lion King - were produced using Disney's Computer Animation Production System (CAPS), and were instead sourced straight from the digital masters used to create the film. Each of these three films also featured retouched and re-cleaned-up animation, alterations done to prepare the films for IMAX release.

Each film's soundtrack is also remixed into Dolby Digital 5.1 surround sound. Earlier films in the series such as Snow White and the Seven Dwarfs were originally released with monoaural soundtracks, and the new mixes created for Platinum Edition releases featured a combination of uses of original sound elements used in the original mix and rechanneling techniques. Later films in the series (including two, Aladdin and The Lion King, which were originally produced in 5.1) featured surround sound mixes specifically tailored to home theater audiences, branded by the company as "Disney Enhanced Home Theater Mixes". For the most part, the original mixes are also included.

DVDs in this series typically contain a significant amount of bonus material, primarily housed on the second disc of the set so as to allow for a high-bitrate transfer of the feature. Many of the titles feature "making-of" documentaries that run from as little as a half-hour to an hour in length. The three exceptions are The Lion King, Aladdin, and Peter Pan. The Lion King and Aladdin both utilize a navigation system of multiple featurettes that can be played individually or together, while Peter Pan simply re-uses a brief 15-minute documentary from 1998.

Other typical features include audio commentaries (not available on Bambi, Cinderella, Lady and the Tramp, or One Hundred and One Dalmatians), art and image galleries, deleted scenes, early storyboard reels, and bonus Disney short subjects. Contemporary publicity material available on each set may include trailers, music videos, radio programs, newsreel footage, and episodes of the Disney anthology television series, although the exact features included vary from set to set. Features aimed at more general family audiences and children are also included, such as set-top games and music video renditions of Disney songs by contemporary pop artists and/or Disney Channel stars. 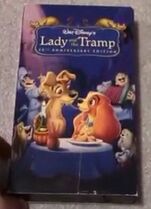 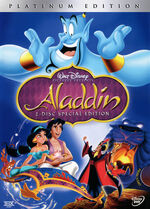 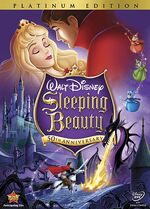 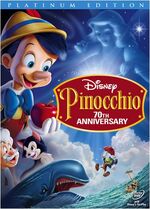 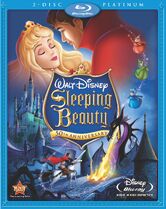 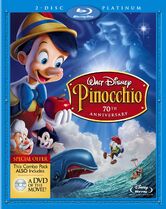 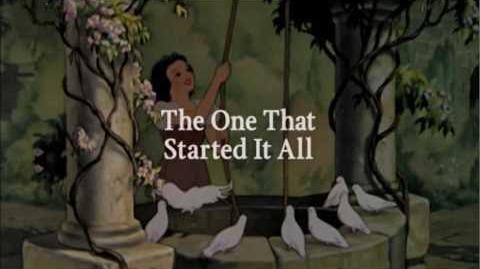 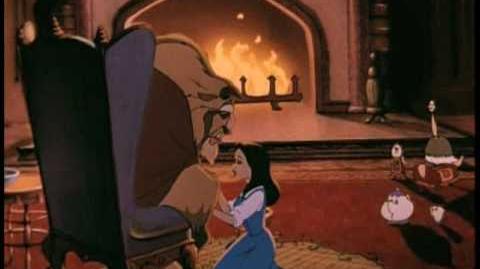 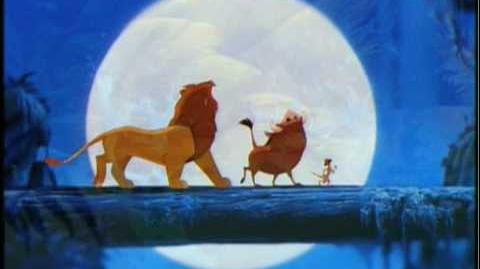 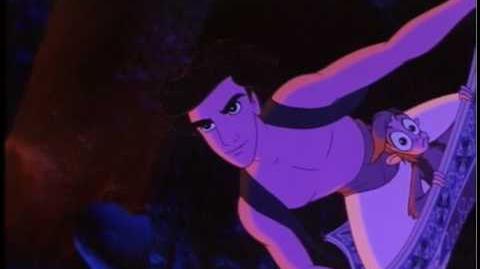 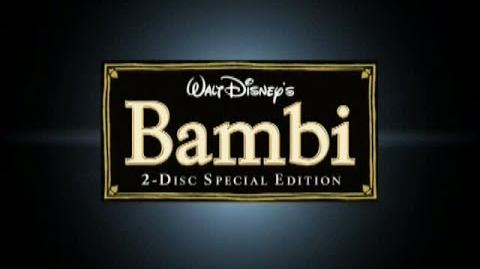 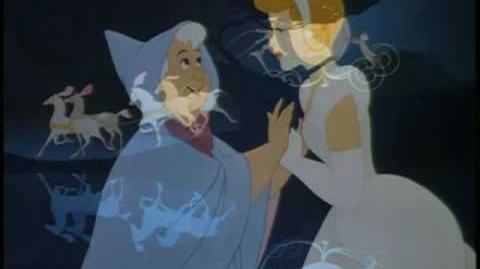 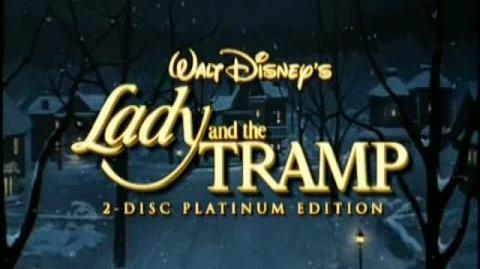 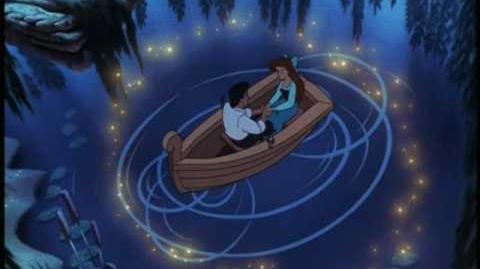 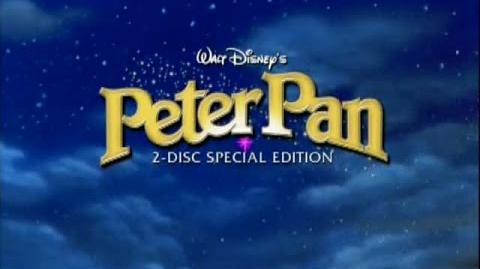 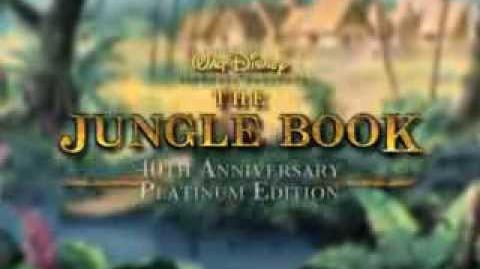 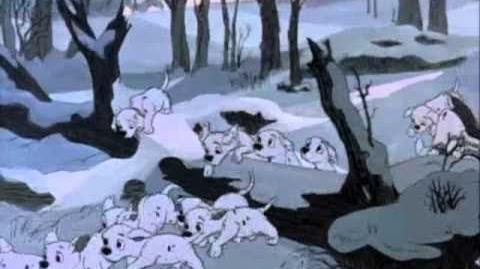 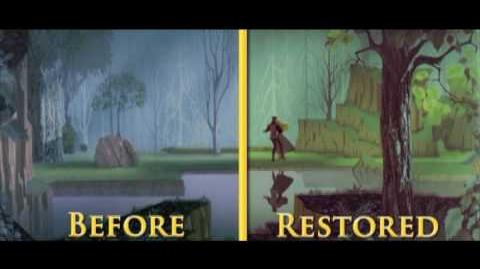 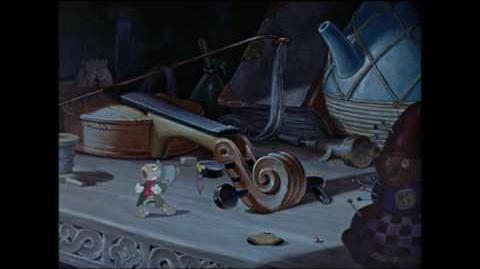