Three other theme parks were added over the years: EPCOT Center opened in 1982, Disney-MGM Studios in 1989, and Disney's Animal Kingdom in 1998, and two water parks: Typhoon Lagoon in 1989, and Blizzard Beach in 1995.

Walt Disney's concept for Disney World was of a larger, more expansive version of Disneyland, so that it could constantly expand and not be as constrained by the need for land that Disneyland suffered from. Walt Disney World also was to be a sort of "Disneyland of the future" where breakthroughs in science and technology could coexist with the original Disney vision of themed entertainment. It is the most popular of the Disneyland-style parks, and the most popular park in the world.

Walt Disney also envisioned this project as incorporating a working community where his ideas about urban planning could be tested. He called this concept the "Experimental Prototype Community (or City) of Tomorrow," or EPCOT. The theme park that eventually opened under the Epcot name bore little resemblance to this vision, though the neighboring planned community of Celebration, which was founded by the Walt Disney Company, incorporates a few of the ideas.

Although he participated in much of the planning for the project, Walt Disney himself died in 1966 and never got to see the realization of his vision. The resort was originally to be named "Disney World," but before its opening Walt's brother Roy renamed it to "Walt Disney World" in his honor, and to remind everyone that it was Walt's dream.

The land within Walt Disney World is part of the Reedy Creek Improvement District which allows the Disney Corporation to exercise quasi-governmental powers over the area.

Walt Disney World has four major theme parks, each with a main landmark that serves as its symbol (known amongst fans as "weenies'):

There are also two water parks, Typhoon Lagoon and Blizzard Beach. (A third, River Country, has been closed permanently.)

Another notable aspect is the large number of hotel resort complexes on the Walt Disney World property. The non-themed hotels are owned by private, non-Disney hospitality companies such as Marriott and Hilton. The themed resorts include:

Walt Disney World paved the way for many other theme parks and attractions in the area, including SeaWorld and Universal Studios, and helped make Orlando a popular tourist destination for people from all over the world.

In a March 30, 2004 article in the Orlando Sentinel, Walt Disney World president Al Weiss gave some insight into how the parks are maintained:

There is a fleet of Disney-operated buses on property, branded Disney Transport, free for use by resort and park guests, though drivers rarely check. Two monorail lines also operate at Walt Disney World Resort: one links the Magic Kingdom, the Contemporary and Polynesian and Grand Floridian resorts, and the Transportation and Ticket Center (with an express track in the other direction, only stopping at the TTC and the Magic Kingdom); the other links Epcot and the Transportation and Ticket Center. A ferry line also operates on the Seven Seas Lagoon going from the TTC to the Magic Kingdom as an alternate route versus the monorail lines.

In 1959, the Walt Disney Company, under the leadership of Walt Disney, began looking for land for a second resort to supplement Disneyland, which had opened in 1955. Market surveys revealed that only 2% of Disneyland's visitors came from east of the Mississippi River, where 75% of the population of the United States lived. Additionally, Walt Disney disliked the businesses that had sprung up around Disneyland, and wanted control of a much larger area of land for the new project.

Walt Disney first flew over the Orlando, Florida site, one of many, on November 22, 1963. He saw the good road network, including Interstate 4 and Florida's Turnpike, with McCoy Air Force Base, soon to become Orlando International Airport, to the east, and immediately fell in love with the site. When later asked why he chose it, he said, "the freeway routes, they bisect here."

However, the decision had not been made yet; no land had been purchased. If the news of Disney's new resort was leaked, land prices would soar. Thus everything was to be done in complete secrecy. To avoid a burst of land speculation, Disney used various dummy corporations and cooperative individuals to acquire 27,400 acres (111 square kilometers) of land. The first five-acre (20,000 square meters) lot was bought on October 23, 1964 by the Ayefour Corporation (a pun on Interstate 4). In May 1965, major land transactions were being recorded a few miles southwest of Orlando in Osceola County. Two large tracts totaling $1.5 million were sold, and smaller tracts of flatlands and cattle pastures were purchased by exotic-sounding companies such as the Latin-American Development and Management Corporation and the Reedy Creek Ranch Corporation. In addition to three huge parcels of land were many smaller parcels, referred to as "outs". Much of the land had been platted into five-acre (20,000 square meters) lots in 1912 by the Munger Land Company and sold to investors. In most cases, the owners were happy to get rid of the land, being mostly swampland. Yet another problem was the mineral rights to the land, owned by Tufts College. Without the transfer of these rights, Tufts could come in at any time and demand the removal of buildings to obtain minerals.

After most of the land had been bought, the story was leaked to the Orlando Sentinel on October 20, 1965. A press conference was soon organized for November 15. At the conference, Walt Disney explained the plans for the site, including EPCOT, the Experimental Prototype Community of Tomorrow, which was to be a futuristic city.

The Reedy Creek Drainage District was incorporated on May 13, 1966 under Florida State Statutes Chapter 298, which gives powers including eminent domain to special Drainage Districts. To create the District, only the support of the landowners within was required.

On February 2, 1967, Roy Disney held a press conference in Winter Park, Florida. The role of EPCOT was emphasized in the film that was played, the last one recorded by Walt Disney before his death. After the film, it was explained that, for Walt Disney World to succeed, a special district would have to be formed: the Reedy Creek Improvement District with two cities inside it, the City of Bay Lake and the City of Reedy Creek (now the City of Lake Buena Vista). In addition to the standard powers of an incorporated city, which include tax-free bonds, the Improvement District would have total immunity from any current or future county or state land-use laws. The only areas where the District had to submit to the county and state would be property taxes and elevator inspections.

The laws forming the District and the two Cities was signed into law on May 12, 1967. The Florida Supreme Court ruled in 1968 that the District was allowed to issue tax-exempt bonds for public projects within the district, despite the sole beneficiary being The Walt Disney Company.

Construction of drainage canals was soon begun by the Improvement District, and Disney built the first roads and the Magic Kingdom. Disney's Contemporary Resort, Disney's Polynesian Resort, and Disney's Fort Wilderness Resort and Campground were also completed in time for the park's opening on October 1, 1971.

On opening day, Roy Disney gave an opening dedication, after which he asked Walt's widow Lillian what she thought of Walt Disney World. She replied, "I think Walt would have approved."

Disney's "Magic Your Way" park ticket pricing, introduced in January 2005, is intended to make guests choose to spend more days on Disney property instead of visiting competing theme parks in the area; additional days at Disney can be much less expensive than a day at another park.

"Magic Your Way" also offers options such as Park Hopper ($35 per ticket, allowing a guest to visit more than one park per day), Magic Plus Pack ($45 per ticket, giving a guest between 2 and 5 visits to water parks, Pleasure Island, DisneyQuest, or Disney's Wide World of Sports), and No Expiration (between $10 and $55 per ticket, without which the ticket will expire 14 days after its first use).

Disney is also planning a service named "Disney's Magical Express" whereby guests will be brought in Disney buses from the Orlando airport directly to their Disney resort, and their luggage will be picked up and brought to their room. The plan is to make a Disney vacation simple and convenient, while making a visit to another local park such as Universal Orlando Resort or SeaWorld inconvenient. 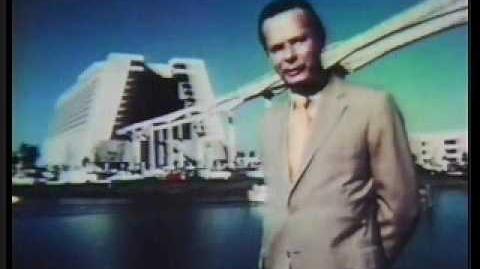 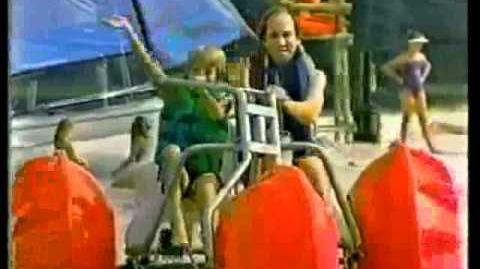 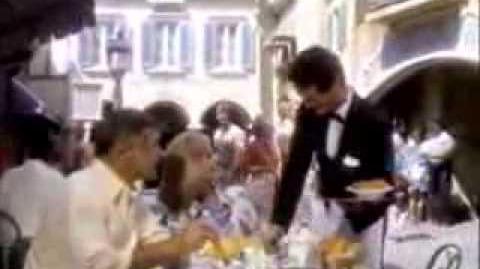 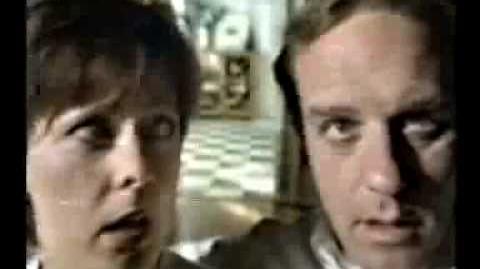 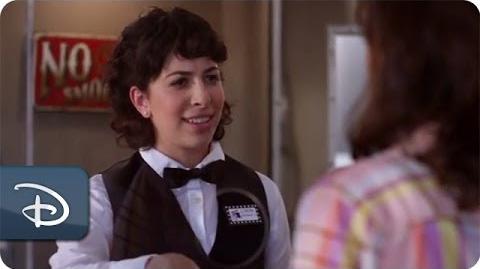 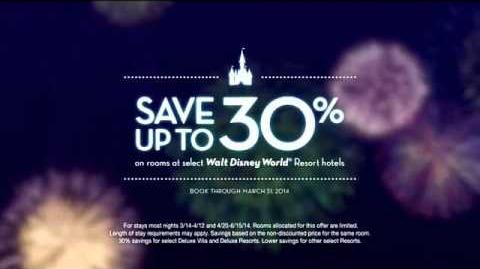 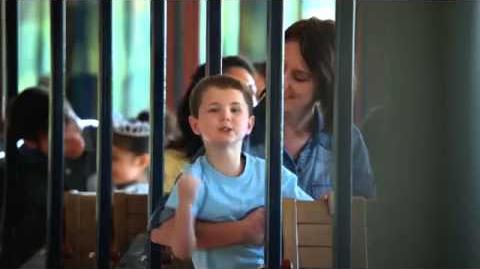 Retrieved from "https://disney.fandom.com/wiki/Walt_Disney_World_Resort?oldid=2209170"
Community content is available under CC-BY-SA unless otherwise noted.