"This is official business!"
"Technically, you birded yourself"
"The name's bond, hydrogen bond"

“When we fight fire with fire, we both get burnt”
―Walter Beckett[src]

Walter Beckett is one of the two protagonists from Spies in Disguise. He is a kid making weapons and gadgets for the U.S. government.

Walter graduated from college when he was fifteen at the M.I.T. (Massachusetts Institute of Technology). 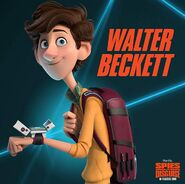 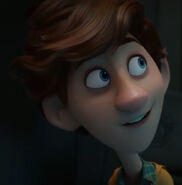 Add a photo to this gallery
Retrieved from "https://disney.fandom.com/wiki/Walter_Beckett?oldid=4166189"
Community content is available under CC-BY-SA unless otherwise noted.