The show's creator and executive producer is Craig McCracken. His wife Lauren Faust serves as co-producer and story editor.

The series officially premiered on August 16, 2013. On February 16, 2014, it was announced that Wander Over Yonder premieres will leave Disney Channel, and move to Disney XD starting in spring 2014, similar with what happened with most of Phineas and Ferb's second season. It started airing on Disney XD on March 31, 2014. However, the series returned to Disney Channel on July 11, 2014, as new episodes as part of the channel's "Disney XD on Disney Channel" block.

On March 5, 2016, Craig McCracken announced that the show will not be returning for a third season and that the second season will be the series' last. He stated that he had plans to continue producing the show, but Disney declined to order more episodes. The half-hour series finale "The End of the Galaxy" aired on June 27, 2016 on Disney XD.

The series follows Wander: an overly-optimistic intergalactic traveler and his steed Sylvia traveling from planet to planet helping people have fun and live free, all against Lord Hater and his army of Watchdogs' evil reign.

Lord Hater is the most powerful villain in the universe with Commander Peepers serving as his second in command and leader of the Watchdog Army.

Similar to Seinfeld and The Amazing World of Gumball, the episodes start with the article "The". Most episodes usually begin by showing an overview of the planet the episode takes place on.

In the credits sequence of each episode, there is an animatic of a scene in the episode, usually an extended version of the scene or an extra one.

The show's creator and executive producer, Craig McCracken, previously created the Emmy-winning Cartoon Network series The Powerpuff Girls and Foster's Home for Imaginary Friends, arguably some of the biggest successes from Cartoon Network. Lauren Faust serves as co-producer and story editor. This was McCracken's first television show outside Cartoon Network and his first animated television series for Disney Channel.

The eponymous character, Wander, made his debut on sketchbooks, clothes and patches that McCracken sold at conventions. McCracken described Wander as a “nomadic, hippie, muppet man.”

A sneak peek of the series aired at Comic-Con International 2012 for Disney Channel. The first promo aired on July 19, 2013 during the premiere of Teen Beach Movie. The series premiered with the episode, "The Picnic", on August 16, 2013 after Phineas and Ferb: Mission Marvel, with the episodes "The Egg" and "The Greatest" on September 13, 2013.

The main characters of the series travel to phantasmagoric places across the universe. The eponymous character, Wander, made his debut on a sketchbooks, clothes and patches that McCracken sold at conventions. McCracken described Wander as a “nomadic, hippie, muppet man.”

While the show lacks any physical home video releases, Wander Over Yonder has been mostly available for purchase on digital platforms such as Amazon Prime. [2] On May 7, 2021, both seasons were made available on Disney+.

Wander Over Yonder was highly praised trough out its run from both critics and audiences, for its memorable characters, incredible art direction and its writing being both hilarious and emotional at the same time.

Sadly the show did not have the audience numbers that it needed and got mostly overshadowed by other Disney Channel/Disney XD cartoons at time, like Gravity Falls, and even by those who came out while the show was running, like Star vs. the Forces of Evil, likely as a consequence of Wander Over Yonder lacking an overarching story like the two previously mentioned shows, especially after the show moved to Disney XD which caused a massive drop in ratings during the show's second season, which is unfortunate as many would argue this season outdid the first one in terms of quality, and incorporated an overarching story arc in the form of the character of Lord Dominator.

As a consequence of this, a third season ended up being cancelled due to Disney's lack of interest in the show, against the wishes of Craig McCracken. Despite this, there had been multiple petitions and requests from fans in an attempt to continue the show, although this seemed to do very little to change Disney's mind. 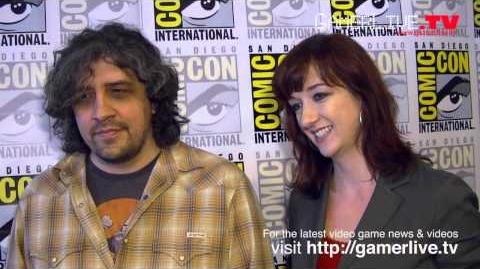 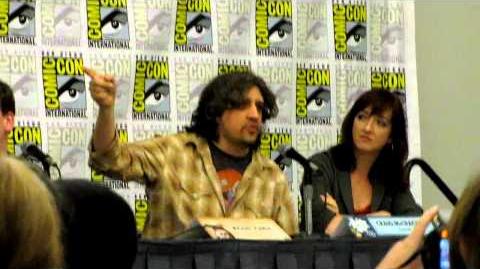 Wander Over Yonder - Behind the Scenes

From Script to Screen Wander Over Yonder Disney XD 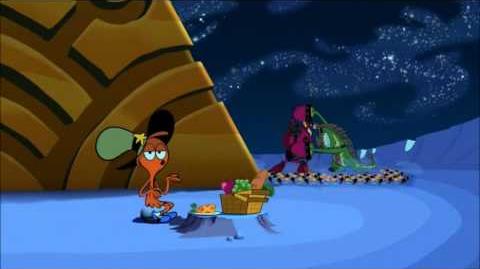 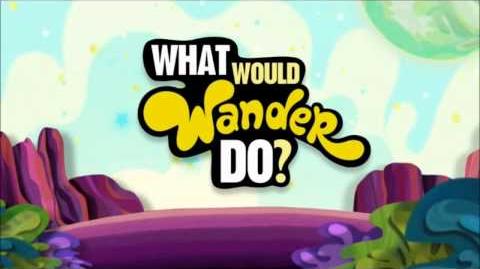