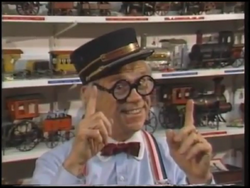 Ward Walrath Kimball was an American animator for Walt Disney Productions from 1934 to 1972, and was also one of Walt Disney's Nine Old Men.

While Kimball was a brilliant draftsman, he preferred to work on comical characters rather than realistic human designs. Animating came easily to him and he was constantly looking to do things differently. Because of this, Walt Disney called Ward a genius in the book The Story of Walt Disney. While there were many talented animators at Disney, Ward's efforts stand out as unique.

Kimball created several classic Disney characters, including the Crows in Dumbo, Tweedle Dee and Tweedle Dum, the Mad Hatter and the Cheshire Cat from Alice in Wonderland, the Mice, Lucifer the Cat, and Bruno the Dog from Cinderella, and Jiminy Cricket from Pinocchio. He also animated the famous "Three Caballeros" musical number from the Disney film of the same name.

In 1953, Kimball became a director and was responsible for the Academy Award-winning short Toot, Whistle, Plunk and Boom, and three Disney television shows about outer space that put the United States into the space program. He received an Academy Award for the short animated cartoon It's Tough to Be a Bird.

Kimball was also a jazz trombonist. He founded and led the seven-piece Dixieland band Firehouse Five Plus Two, in which he played trombone. The band made at least 13 LP records and toured clubs, college campuses, and jazz festivals from the 1940s to early 1970s. Kimball once said that Walt Disney permitted the second career as long as it did not interfere with his animation work.

Kimball continued to work at Disney up until the early 1970s, working on the Disney anthology television series, being one of the writers for Babes in Toyland, creating animation for Mary Poppins, directing the animation for Bedknobs and Broomsticks, and working on titles for feature films, such as The Adventures of Bullwhip Griffin and $1,000,000 Duck. His last staff work for Disney was producing and directing the Disney TV show The Mouse Factory. He continued to do various projects on his own, even returning to Disney to do some publicity tours. Additionally, Kimball worked on an attraction the EPCOT Center attraction World of Motion.

Kimball also produced two editions of a volume titled Art Afterpieces,[1] in which he revised various well-known works of art, such as putting Mona Lisa's hair up in curlers, showing Whistler's Mother watching TV, and adding a Communist flag and Russian boots to Pinkie.

While his only two acting appearances on film were an uncredited role as a jazz musician (with his fellow members of the Firehouse Five Plus Two) in Hit Parade of 1951 and as an IRS Chief in Mike Jittlov's The Wizard of Speed and Time, Kimball also served as host of Disney's Man and the Moon episode of the Disney Space television series of 1956. He also appeared as himself in an episode of the popular TV show, You Bet Your Life hosted by Groucho Marx on March 18, 1954. As of 2010 the episode is available in a DVD box-set from Amazon.

According to Neal Gabler's biography of Disney, Ward was a key figure in the dissemination of the urban legend that Walt Disney had instructed that his body be preserved by cryonics after his death.

Amid Amidi wrote a biography of Kimball, Full Steam Ahead: The Life and Art of Ward Kimball, which was projected for publication in the fall of 2012. However, publication of the biography was cancelled in February 2013, which Amidi believed was due to pressure from the Disney corporation.[2][3]

In 1989, he was named a Disney Legend. After he put his hands in concrete (as is customary for living recipients), he decided to draw an extra finger on each of his handprints.[4][5]

Kimball died in 2002 in Los Angeles, California of complications from pneumonia at age 88. In 2005, the Disneyland Railroad named their newly acquired Engine №5 the "Ward Kimball" in his memory.

Along with his employer and friend Walt Disney, and fellow mate Ollie Johnston, Kimball also collected old railroadephemera. Kimball was an avid railway enthusiast and donated his 3 ft (914 mm) gauge collection to the Orange Empire Railway Museum in Perris, California. A full-sized steam locomotive, - which Kimball ran on his private 3-acre (12,000 m2) backyard railroad known as "Grizzly Flats Railroad" in San Gabriel, California - bears some of his original artwork on the headlamp and cab, and is on permanent display at the museum.

In addition to the full-size equipment, Kimball was also an avid collector of model trains.

Kimball's talents are also evident in the reproduction steam locomotives built for the National Park Service at the Golden Spike site at Promontory, Utah. Kimball helped match colors with an engine at the Smithsonian Institution and painted the artwork for the replicas of the Union Pacific No. 119 and Central Pacific Jupiter built by O'Connor Engineering Laboratorie for the Park Service.

In recognition to his love of railroading and support of the Orange Empire Railway Museum, the Perris Transit Center, where OERM historic trains travel to, is dedicated to Mr. Kimball. In a rare deviation from their usually tight copyright policy, Disney permitted the city to decorate the transit center with Kimball's artwork. The center is currently served by Riverside Transit Agency buses, with train service projected to begin in 2011 as part of the Metrolink Perris Valley Line. 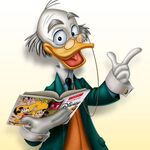