August 8, 2020
"Wax Museum" is the second segment of the twenty-fifth episode of Amphibia, serving as a tribute to Gravity Falls. It aired on August 8, 2020.

The family visits a mysterious roadside oddities museum where every treasure comes with a price.

Anne and the Plantars arrive in Stony Gulch, but are disappointed that they cannot buy anything and can only do window shopping. When Anne lowers her hood, the townsfolk are shocked by her appearance. She shows that she is friendly by doing simple parlor tricks and other casual human quirks that nevertheless, impresses them into giving her money. After a long day and collecting a literal bucked of coins, Anne suggests that they visit the Curiosity Hut. The Plantars concede with Hop Pop telling Anne that she needs to keep her hood up to avoid detection. Upon entering, they are greeted by the mysterious Curator, later named Mr. Ponds, who shows off his wax figures of strange creatures, one of which freaks out Polly when she sees its eyes moving. The Plantars decide to leave already while Anne stalls.

Just before leaving, Anne sees a Skipman: a CD player from the human world and asks to have it. Mr. Ponds announces that it is a million coppers. Anne, revealing her human appearance, offers to be an exhibit for one day in exchange for the Skipman which Mr. Ponds ominously agrees to. The Plantars are in shock over Anne's decision and ban her from going. However, she sneaks off into the night to the Curiosity Hut and Mr. Ponds places her on a stage and brings down a giant glass tube on her. He reveals that everything in his museum is real and that he uses wax to freeze his discoveries in place and plans to do so to her as well, much to her horror. He does reveal that he got the Skipman from Newtopia.

The Plantars awaken to find Anne gone and rush to the museum. While Hop Pop and Sprig fight off Mr. Ponds, Polly confronts the wax statues and unfreezes them with a torch. The monsters proceed to attack Mr. Ponds and drag him away into the backroom where he is presumably killed (though he comically identifies a red looking liquid as just melted wax). The Plantars take Anne's frozen body back to the fwagon and melt the wax. Anne apologizes for being reckless with Hop Pop telling her that she needs to be careful. Sprig reveals that he secured the Skipman and Anne shows off that it can be a laser pointer, which she accidentally blasts into Hop Pop's eye. 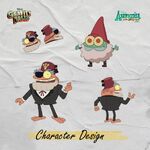 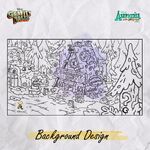 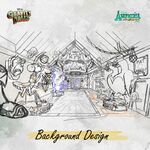