Whiplash is a Marvel Comics character. He is a weapons expert who brandishes a specially designed whip as his personal weapon. He also appears in the Marvel Cinematic Universe as the main antagonist of the 2010 film Iron Man 2 and later as one of the antagonists in Agents of S.H.I.E.L.D. Whiplash was created by Stan Lee and Gene Colan.

Following Ivan Vanko's death, Marc Scarlotti becomes the new Whiplash. He is a HYDRA agent who attacked the United Nations. He uses a combination of bladed whips and weapons called "splinter bombs". He manages to kill Noelle Walters and injure Glenn Talbot, but he is ultimately defeated by Melinda May, after which he is arrested and imprisoned by S.H.I.E.L.D.

A version of the unnamed female Whiplash appears in this series. As the Breakout occurred, she was among the prisoners getting their weapons and suits back in the Vault's armory when the Living Laser ripped the door open for them.

Then she was with the other villains bent on taking revenge on Iron Man for locking them up in the Vault. As Blizzard was about to kill him with his freeze ray, they were stopped by Hawkeye.

After being saved by Hawkeye, Iron Man then set the Vault in self-destruct and escaped. Whiplash escaped before the Vault exploded.

When the Avengers fought her, she had Black Panther tied up with her lashes. Hawkeye freed Panther and Whiplash destroyed all the lights. She tried to attack Hawkeye from behind but Panther warned him and Hawkeye fired an arrow at her, freezing her. Whiplash was then imprisoned.

A comical version of Whiplash appears in Phineas and Ferb: Mission Marvel as one of the villains in Red Skull's group.

He crashes a museum event that contains the new Avengers exhibit and ensnares the Avengers in his upgraded whips. Hulk manages to break free and yank Whiplash off the balcony. With a combination of Black Widow using water to short out his whips and Hulk performing a power clap, Whiplash was defeated. Iron Man's analysis of the fragment of Whiplash's whip showed that it was upgraded by A.I.M. who has been siphoning 30th Century technology that belonged to Kang the Conqueror. 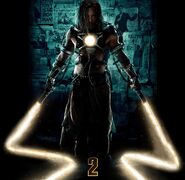 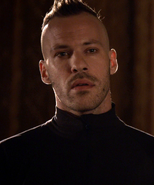 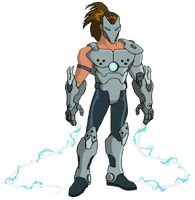 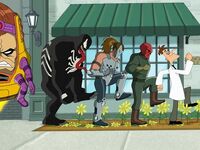 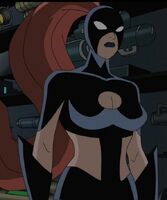 The female Whiplash from The Avengers: Earth's Mightiest Heroes. 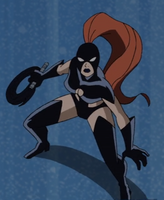 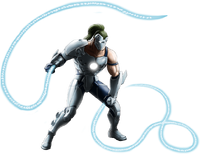 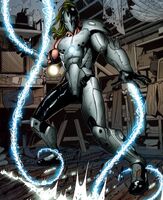 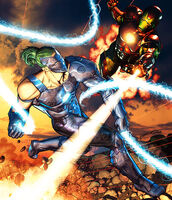