Disney Magic Kingdoms (as a token)

Smashed by the March Hare

“Well, no wonder you're late! Why this clock is EXACTLY two days slow!”
―The Mad Hatter examining the watch

The White Rabbit's Watch was a pocket watch that was owned by the White Rabbit in the Disney animated film Alice in Wonderland. It was kept in the Rabbit's possession at all times.

Throughout the film, the White Rabbit always carries his watch to let him know about the time he should be to arrive for the Queen of Hearts whenever the White Rabbit appears on screen worried that he is constantly late in many scenes,

When the Rabbit rushes through the tea party, the watch is taken from him by the Mad Hatter, who deems the watch as being two days slow, and proceeds to take it apart and fill it with such things as butter and jam.

As a result, the watch goes mad and begins to lay waste to the tea table. The March Hare then smashes the watch with a mallet and destroys it completely, much to the Rabbit's dismay. 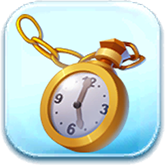 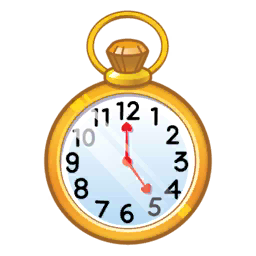 The White Rabbit's Watch as an emoji from Disney Emoji Blitz.
Add a photo to this gallery

Retrieved from "https://disney.fandom.com/wiki/White_Rabbit%27s_Watch?oldid=3728694"
Community content is available under CC-BY-SA unless otherwise noted.