2000 (shelved)
Wild Life, or Club Wildlife, was a CGI film directed by Howard Baker and Roger Gould that was being developed at the Walt Disney Company in the late 1990s, but was shelved in 2000.[1] It was to have been a satire of 70s American pop culture and would've paid homage to popular figures at the time such as Andy Warhol, Anna Wintour and Diana Vreeland.[2]

Red Pittsain, the owner of a prestigious nightclub is quite distressed because Kitty-Glitter, his once-beloved diva pop sensation has dwindled in popularity. Without a star attraction, everyone will go to the club owned by Magda, editor of "Magazizi", the city's most popular fashion-magazine and Red's biggest rival. Needing something big to regain the reputation their club once had, Red and Kitty find it in Ella: an elephant from the local zoo who is able to talk. However, things do not go well for Ella at first because she doesn't think she is good enough to be a star. In fact, she starts to have second thoughts about performing.

Although, one night, while attempting to plug in a neon sign, the elephant is electrocuted and knocked unconscious. When she comes to, Ella is now under the impression that she is a famous pop singer and quickly rises to fame, much to Kitty and Red's delight. However, Ella soon tires of her the glamorous lifestyle and tells Red one night that she would like to return to the zoo.

Not wanting Ella to leave, Red attempts to sweet-talk her into staying. Kitty catches sight of this and mistakenly thinks that Red is trying to seduce the elephant, which upsets her greatly because she is secretly in love with him. After Kitty has angrily confronted Red about the situation, Ella, not wanting to cause any more trouble goes back to the zoo.

However, Red and Kitty soon clear up the misunderstanding and proceed to ask Ella to come back and perform for them. Although, after being told by the elephant that she would be much happier in her old environment, the two understand, at which point they finally admit their feelings for one another and become a couple.

“Wild Life became a taboo subject at Walt Disney Feature Animation. The problem was that it was more like a Touchstone production than a Disney movie, addressing more adults than children."”
―Carolyn Scoper, co-producer of Wild Life

Wild Life began production in 1999, under a team of animators that included Hans Bacher, Floyd Norman Jim Hill, Mac George, Doug Walker, Craig Kellman, Buck Lewis, and Darryl Kidder, who also served as head of story. In the words of Jim Hill, the directors were hoping to create something that would really "knock the socks off the competition." However, because they wanted to give it a mature edge and wrote some adult-oriented humor into the script, the animators often worried that Disney would not want to release the film. This constant fear was realized when after viewing the presentation reel that fall, Roy Disney, then vice-chairman of the board, stated he was appalled at the mature humor (particularly one joke where two gay characters are about to enter the sewers and one remarked "have you ever been down a manhole before?") and ordered the film to be shut down.

The animation for Wild Life was to have been handled by Disney's then-current effects team The Secret Lab who had previously animated the characters in Dinosaur. After the film was shelved, they were closed down.[3] 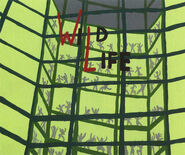 Early title card for the film by Doug Walker. 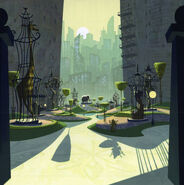 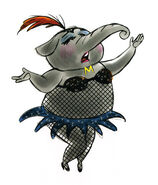 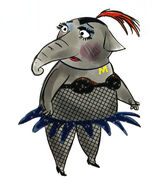 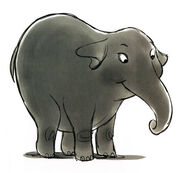 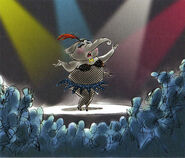 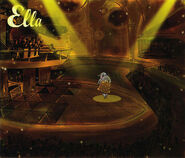 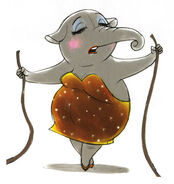 Ella about to plug in the neon sign by Darryl Kidder. 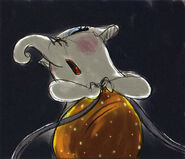 Ella about to get electrocuted by Floyd Norman. 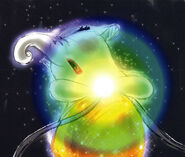 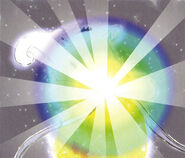 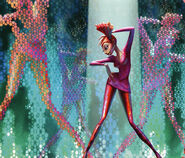 Ella performing on stage after he transformation by Doug Walker. 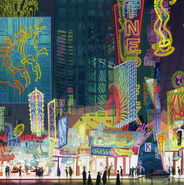 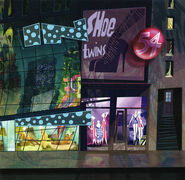 Magda and her bodyguard toss party-crashers out of her club.

Magda is angered upon seeing Ella.

Ella in the zoo by Hans Bacher.

Storyboards for Ella's first performance at the club. 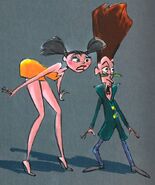