A Valentine for You

English
Winnie the Pooh: A Valentine for You is a 1999 animated musical comedy-drama film and a Valentine's Day television special. It was originally broadcast on February 13, 1999. It was the last Winnie the Pooh production to feature Paul Winchell as the voice of Tigger, before his retirement and death from natural causes on June 24, 2005, six years after this television special was made.

It was initially broadcast as a one-hour special, where the timeslot was filled by the Pooh short "Groundpiglet Day" and three shorts from the then-upcoming Mickey Mouse Works TV show: "Pluto Gets the Paper: Bubble Gum", "Mickey's New Car" and "Maestro Minnie: William Tell Overture". It was released on January 11, 2000 on VHS, then re-released on January 9, 2001 on VHS along with Rolie Polie Olie: Happy Hearts Day. Along with "Un-Valentine's Day", it was released on DVD only in 2004 as a double feature. It was re-released on DVD for the very first time on January 5, 2010. This included the Pooh short "My Hero". 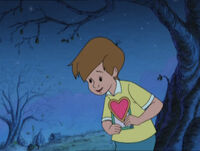 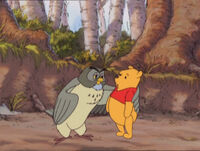 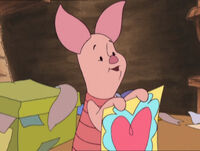 Start a Discussion Discussions about Winnie the Pooh: A Valentine for You