Winnie the Pooh Discovers the Seasons

Winnie the Pooh Discovers the Seasons

Winnie the Pooh and a Day for Eeyore (1983)
Winnie the Pooh Discovers the Seasons is an educational short film made by the Walt Disney Educational Media Company, released to schools on September 6, 1981.

Christopher Robin presents Pooh with an interesting new gift—a calendar. Pooh has never seen one before, and Christopher Robin explains that it's a way of keeping track of the days, weeks, months and seasons. The calendar stops at each season, as we watch Pooh, Piglet, Eeyore, Rabbit and Owl in the Hundred Acre Wood exploring the world around them and noticing the changes. Among them: the water in the pond becomes hard and slick when it gets cold. 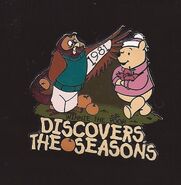 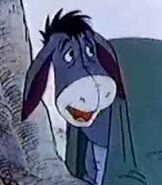