It's Fun to Be Free

Test Track
World of Motion was a transportation themed pavilion at Epcot's Future World. Its main feature was an Omnimover attraction that took a whimsical look at the history of transportation. It ran from the park's opening in 1982 to 1996 when it was replaced by Test Track.

The pavilion building, which was retained and modified for its successor, takes the shape of a giant wheel with a section open that gave views of the attraction vehicles making their way from load up to the main show space. The pavilion's symbol, a dot encased in circular motion lines, reflects the building's design to a certain extent, and would be revived in 2012 as part of the re-designed Test Track.

The ride was narrated by Gary Owens.

A transportation pavilion was part of the earliest plans for Epcot as a theme park in the 1970s and General Motors became involved as a sponsor very early on in Epcot's development in 1977, having been very impressed with the Ford Magic Skyway attraction that Disney produced for the 1964 New York World's Fair and wanting to beat their competition to the punch for this new park. Early plans for the pavilion called for two attractions: The history of transportation Omnimover that was built and a second outdoor automotive testing ride that would eventually inspire Test Track. Plans were scaled back and the shape of the building refined into its final wheel shape.

The attraction was primarily designed by Ward Kimball and Marc Davis, though the former's contributions are more prominent. Their trademark sense of humor and visual gags would be contrasted with the more straightfaced tone of the narration, provided by actor Gary Owens.

Riders entered the building through the queue area that wrapped around the portico where the Omnimover vehicles (called Chaircars) moved into the building through. There was a small embarkation station that kept playing the attraction's theme song "It's Fun to Be Free" where the guests boarded the vehicles. The Omnimover rounded the same portico seen in the queue and entered the show area.

The first scene began in a cave, where the first means of transportation, foot power, was shown with cavemen trying to cool their feet down.

The scene shifted over to the earliest means of over-water transportation—people traveling on a raft. The next scene showed the first time animal power was introduced, with an Assyrian tableau depicting people trying to control animals from camels to zebras.

The next scene showed the invention of the wheel at Babylon, with men holding a square object, a triangle object and the award-winning circle object. The riders then passed a wheel factory and used chariot lot, where everything, including the Trojan Horse, was put up for sale.

Up next was the first evolution of exploration on the high seas, where a man (supposedly Christopher Colombus) was seen staring down the eye of a sea dragon.

The next scenes were the "Age of Flight", with Leonardo da Vinci and his many attempts to fly with a visibly upset and ignored Mona Lisa sitting nearby. The following scene showed a man and his animal companions looking over London in a hot air balloon.

The next scenes depicted the evolution of steam power, starting out with a Mississippi Riverboat followed by a never-ending stream of stagecoaches and such for the Western Expansion. The steam locomotive was the next evolution of steam travel, which in turn showed an authentic steam locomotive and an authentic railroad robbery at the hands of outlaws.

The scene shifted over to one of the most photographed and most remembered scenes: the world's first traffic jam, set in a city circa 1910. The chaos included items such as an upset horse, a spilling ice truck and kids screaming. Guests then traveled past the open road scenes which included a man who crashed a bicycle, a family picnic and cars from the 1940s and 1950s.

The cars then went through three Superspeed Tunnels similar to the ones sused in the Magic Kingdom attraction If You Had Wings and the Disneyland attraction PeopleMover. These were unique in the way that one was curved in a left turn. Some of the footage shown was of crop dusting, rafting down rivers and hurtling down a snowmobile trail. Finally, a trip through the datascape of Tron would serve as a transition to the attraction's finale.

The journey culminated at CenterCore, a glowing blacklight model city of the future. This was reminiscent of Walt Disney's Progress City model on display near the Tomorrowland Transit Authority at the Magic Kingdom and the scene from the 1964/1965 World's Fair's Ford Magic Skyway. At one point, a mirror reflected the Chaircars as cars of the future (an effect similar to that of the Hitchhiking Ghosts in The Haunted Mansion) before arriving at the unload area.

After disembarking from the ride, guests were directed into TransCenter, a large showroom that was full of exhibits and shows about transportation and the things surrounding it.

TransCenter, designed by Bob Rogers and the design team BRC Imagination Arts, offered educational attractions which included prototype cars such as the Lean Machine in the Dreamer's Workshop and a show called "The Water Engine", which pit nine animated characters associated with various and alternate fuel-systems in a debate over which motor design should be used to power cars.

There was a replica of America's only wind-tunnel on display.

The show "The Bird and the Robot", starring a talking toucan and an assembly-line robot named Tiger, entertained people with acts (and Bird's signature bad jokes) about the importance of the GM assembly line.

Concept 2000 showed the process of creating prototype cars for GM. The prototype concept cars at the TransCenter were once the most photographed spot in Walt Disney World. An exhibit called Aerotest educated people about air-flow on auto concepts and fuel economy. Another exhibit featured styles of clothes with GM's advanced polyester production styles.

Business slumped with General Motors after the second sponsorship deal ended for World of Motion in 1992 and, as a result, GM started signing 1-year contracts for the ride. However, a suggested idea to gut the building and turn it into a new attraction stuck with Disney representatives and GM businessmen. It would take World of Motion, close it down and refurbish it into a new ride that focused only on cars.

World of Motion's last day of operation was January 2, 1996. On the final ceremonial ride on that same day, it broke down. GM executives who were riding it had to climb out and walk back to the exit.

A new attraction, called Test Track, replaced it. Scheduled to open 19 months after World of Motion's closing, this new ride would put guests in a test car against vehicle tests that were needed to deem the car safe for road travel. However, nothing went as planned and the new ride opened significantly later than the scheduled opening date.

The closing of World of Motion forced the reopening of Horizons, another Disney attraction which focused on the future of the family. It was closed in 1999, shortly before Test Track's grand opening.

Since the attraction closed, various audio-animatronics and props from the attraction have been spread out around Disney parks world-wide. Many figures were sent to Disneyland to join Pirates of the Caribbean and dress areas of Disney California Adventure, others found homes elsewhere at Walt Disney World such as at Magic Kingdom and Disney's Hollywood Studios.

In 2012, when its successor, Test Track, reopened following an extensive overhaul, multiple references to the World of Motion were scattered throughout the ride, including various hidden World of Motion logos and a sign on the outside track that reads "FN2BFRE", an abbreviation of the phrase "Fun to be Free", the name of the original ride's theme song.

The Skipper Canteen in the Magic Kingdom tributes the attraction in a map hung on the wall showing, "Legendary Beasts of the Mediterranean" as detailed by Captain Mary Oceaneer. Amongst the creatures is the sea-serpent from World of Motion labelled as, "Kimballum Horriblus" as a tribute to imagineer Ward Kimball.

Horse and various props at the Studio Backlot Tour queue.

Vinylmation figurine of the sea serpent. 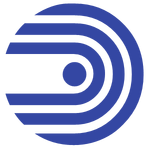