This article is about The Mandarin. For other characters who use the same title, see The Mandarin (disambiguation).

Leader of the Ten Rings

His wife's death, people impersonating his name, defiance, his children opposing him, his family in danger

“He was a warrior king. He inspired generations of men through the Middle Ages; Perhaps even further back in time.”
―Jackson Norriss on the history of The Mandarin[src]

Xu Wenwu is the legendary leader of the Ten Rings, and a villain from Marvel Comics, Approximately 1000 years ago, Wenwu found ten powerful rings, which allow him to cast blasts of energy and granted him immortality, inspired by these rings, he named his organization the Ten Rings.

Marvel One-Shot: All Hail the King

The Mandarin is mentioned in this short.

The Mandarin has a brief cameo in "The Breakout" among the escaped prisoners.

The Mandarin appears in the anime, where he is visited by Rosetta Riley, who asked his help against the Avengers and Nova. 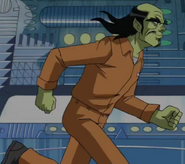 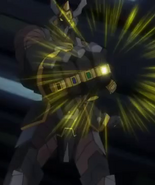