Disney Wiki
Register
Don't have an account?
Sign In
Advertisement
in: People, Females, Elena of Avalor,
and 42 more
English

2000-present
Yvette Nicole Brown is an American actress, voice actress, singer, and comedian. She has appeared in numerous commercials, television shows, and films throughout her career. She starred as Shirley Bennett in the NBC comedy series Community and as Helen Dubois in Nickelodeon's Drake & Josh.

For Disney, Yvette has performed numerous roles in both animation and live action. Among her more notable appearances include Sherilyn Thomas in Big Shot, Aunt Sarah in the 2019 version of Lady and the Tramp and hosting the game show The Big Fib. She provided the voices Luna in the Disney Channel series Elena of Avalor, Boat Maria in Penn Zero: Part-Time Hero, Brigid in Star vs. the Forces of Evil, Lt. Valeria in LEGO Star Wars: The Freemaker Adventures, Cora Beakman in T.O.T.S., Chantel D'Avion in The Rocketeer, Captain Tully in The Chicken Squad, and Daisy in Puppy Dog Pals.

Additionally, she played Dina in The Mayor, Eartha Cleveland in The Big House, Movie-Goer in Last Man Standing and Amy in Dr. Ken on ABC. She also played Calista in the Freeform TV show, Melissa & Joey. For Fox, she played Sgt. Davis in That 70's Show, Female Security Agent #2 in Malcolm in the Middle, Agent Isabelle in The Loop and a host on The Masked Singer. For 20th Television Animation, she voiced various characters in Family Guy and American Dad! and Gina Tracker in Central Park.

Madame Tiffany
(Shake It Up)

Ursula
(Once Upon a Time)

Brigid
(Star vs. the Forces of Evil) 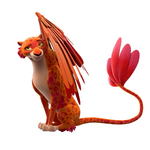 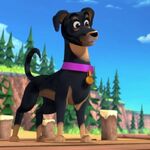 Aunt Sarah
(Lady and the Tramp) 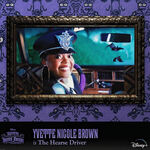 Dianne
(The Ghost and Molly McGee)

Yvette Nicole Brown behind the scenes of Elena of Avalor.

Yvette Nicole Brown speaks at The Mayor panel at the 2017 Summer TCA tour.