Zenon: Girl of the 21st Century

Zenon Kar, 15, is two years older in 2051 but none the wiser about the dangers of meddling, but when she shows Nebula a new game and how to play it she inadvertently empties out Commander Planks Office and is assigned work detail in the Alien Patrol lab. Worse the space station is now under command of the military and General Hammond is assigned to command the station and boots Commander Plank out of his office. Even worse, he assigns Zenon to look after his daughter who turns out to be her old nemesis, Margie, who's demanding and threatens to have her dad kick Zenon and her family off the space station if Zenon doesn't obey her. Zenon then discovers that her space station is being decommissioned and sneaks down to Earth to try and stop it, but Margie wants to go too and sneaks down to Earth as well, but making it look like Zenon forced her to go with her. Back at the space station General Hammond confronts Zenon about what she did only to be confronted by Margie who felt that what Zenon did was great, then with the help of Protozoa, the mega-stellar, ultra-galactic rock star, she stares adversity dead in the eyes when the coven of aliens that contacted Zenon sometime before are demanding a rendezvous with Zenon using Protozoa's music as a way to contact her. Our headstrong heroine takes charge in the tremendous task of bringing the space station back to commission with the help of the aliens. Commander Plank and Aunt Judy are then married and Zenon and Margie become friends. 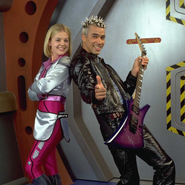 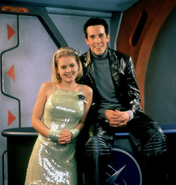 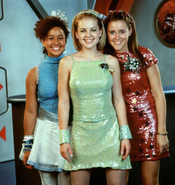 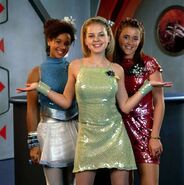 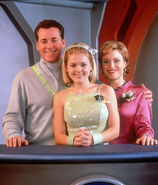 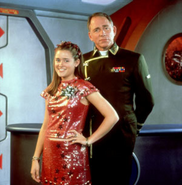