View source
watch 01:43
Disney Lore: Zombies
Do you like this video?
Play Sound

Disney's "ZOMBIES" is a music- and dance-filled story set in the fictitious world of Seabrook, a cookie-cutter community brimming with perky conformity 50 years after a zombie apocalypse. Today, the zombies pose no threat, but are required to live in Zombietown, an isolated, rundown community infused with their unique creative spirit. When zombies are finally allowed to enroll in Seabrook High School, the charming, charismatic zombie Zed, who is determined to play football, meets freshman Addison who dreams of being a cheerleader – the ultimate form of status in Seabrook. Addison takes a lot of flak for befriending Zed and his zombie friends, but comes to learn that zombies and cheerleaders aren't so different after all. Zed and Addison work together to show Seabrook what they can achieve when they embrace their differences and celebrate what makes them a community.[1]

Fifty years ago in the planned community of Seabrook, an accident at the Seabrook Power Plant resulted in an explosion which caused half the population of Seabrook to turn into brain-eating zombies. Those that weren't affected constructed a wall to quarantine the zombies from the rest of Seabrook in a territory called Zombietown. The government later created bracelets for zombies, called Z-Bands, that deliver soothing electromagnetic pulses to keep zombies from craving brains. In the present day, zombie students from Zombietown transfer to the human high school, Seabrook High, where suburban life is filled with uniformity, traditions, and pep rallies. The zombies in the school are patrolled by Dale, whose daughter Addison, who has unusually white hair which she hides with a blonde wig because Seabrook has a rule against anything different, and nephew Bucky are on the school's cheerleading team.

Addison begins a relationship with a zombie student named Zed, who is an exceptional player on the school's football team due to his Z-Band being hacked by Eliza, one of his zombie friends. Addison and Zed's relationship is initially unknown to all of the students and staff except two of Zed's zombie friends, Eliza and Bonzo. Bucky, who leads the cheerleading team, is jealous of Zed's popularity and makes sure Addison isn't able to meet him. Addison is invited by Zed to attend the zombie party in Zombietown. She attends and has a private moment with Zed in the "zombie park". Just before the pair can kiss, however, the Zombie Patrol crashes the party and takes away Addison. At home, Dale and his wife, Missy, the mayor of Seabrook, find out that she has a new crush and advise her not to do any cheering until they know who it is, not knowing that the crush is a zombie. The next day, Zed shows up on Addison's doorstep looking human. He and Addison leave her house and go on a date, where he admits he's been messing with his Z-band. Addison tells him that it is the others that have to change, not them.

On the day of the homecoming game, Bucky finds out about Zed's Z-Band hack and has his followers Stacey, Tracey and Lacey steal Eliza's laptop to hack the Z-Bands. They succeed, resulting in Zed, Eliza, and Bonzo turning "full zombie" and being taken away by the Zombie Patrol.

Most of the cheerleaders, including Addison and Bree, show their sympathy for the zombies at the game. Addison tells the crowd it was Bucky and his followers that led Zed to transform into a full zombie. She then rips off her wig exposing her white hair, but is admonished by the crowd.

Bucky eliminates all of the zombie-supporting cheerleaders following the incident. When the cheerleader competition nears, Addison and Bree find Zed and Bonzo trying to stop Eliza from sabotaging the competition, and after Eliza talks with her friends, she realizes that doing so is not the right thing to do. Bucky's team is failing because they do not have enough members, so Zoey, Zed's little sister, tries to get in and help him. At first, Zoey is booed by the crowd, but with help from Addison and Zed, the zombies and cheerleaders come together to make a cheer routine during the Cheer competition. Zed and Addison tell each other they love each other.

Seabrook doesn't win the Cheer competition, but all have agreed to be together. The zombies and humans reunite with each other via a block party in Zombietown. 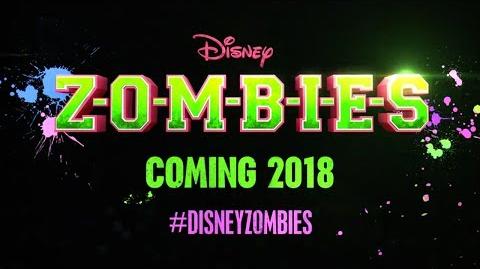 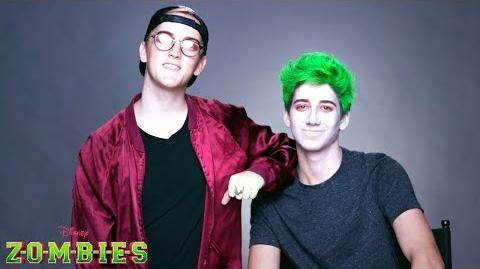 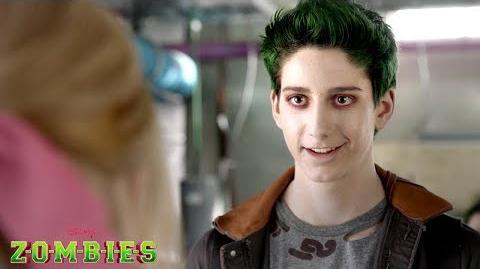 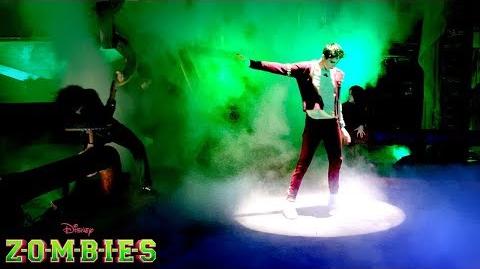 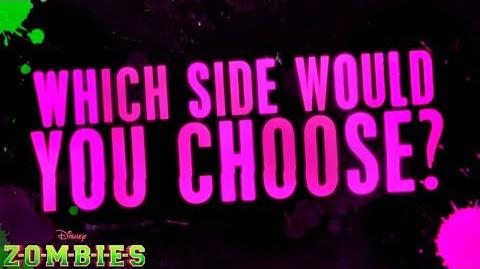 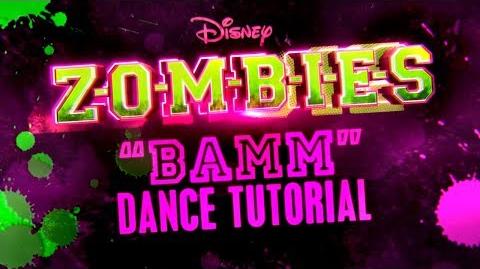 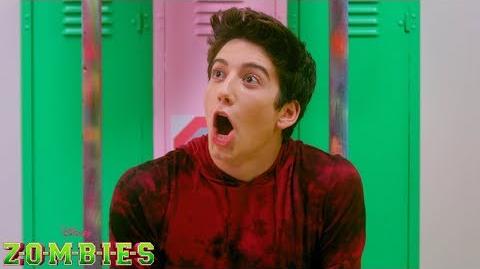 Do You Know Your Co-Star Challenge ZOMBIES Disney Channel 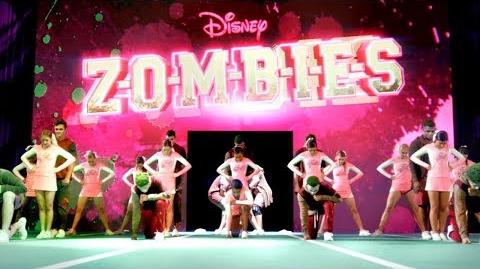 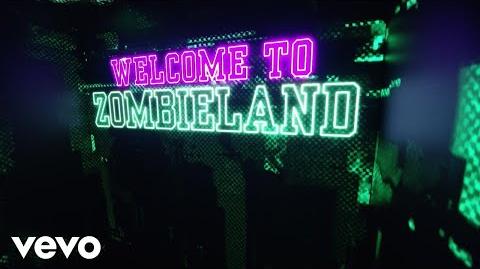 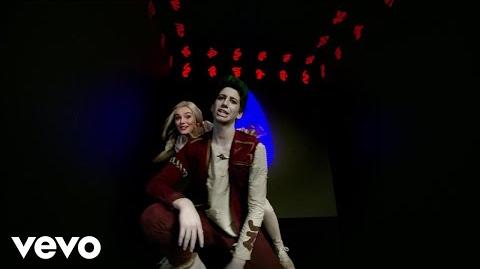 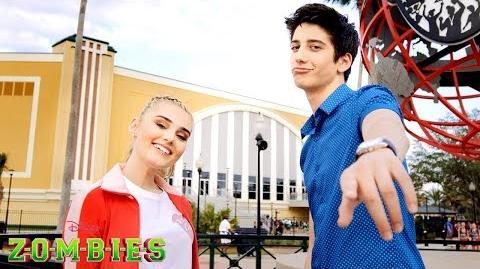 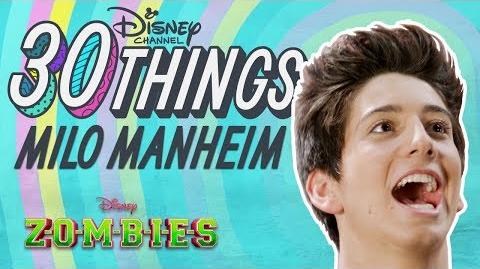 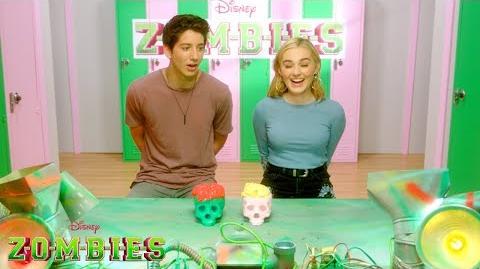 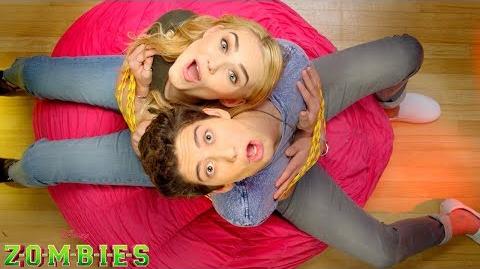 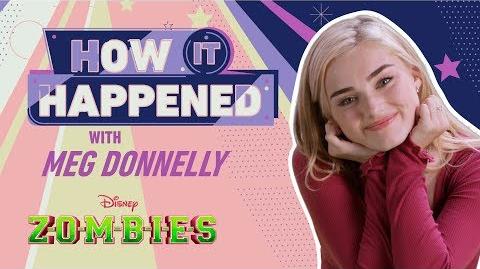 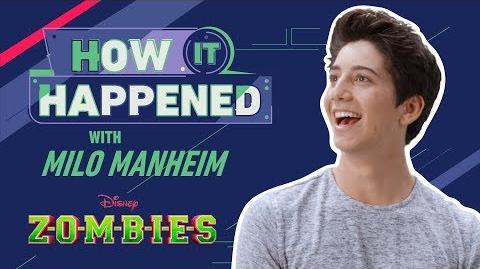 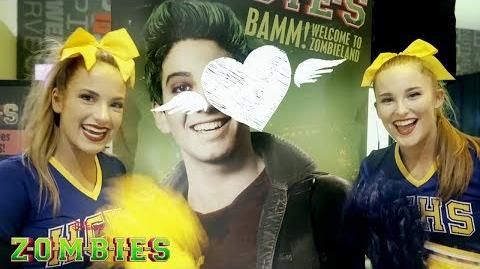 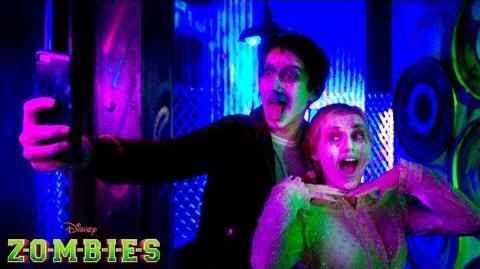 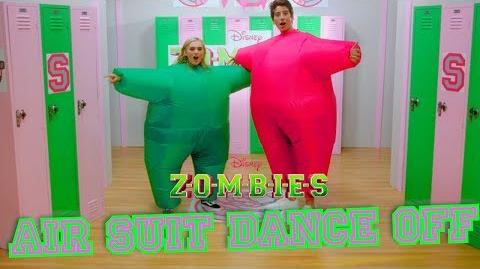 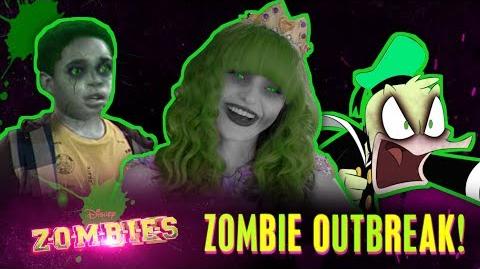 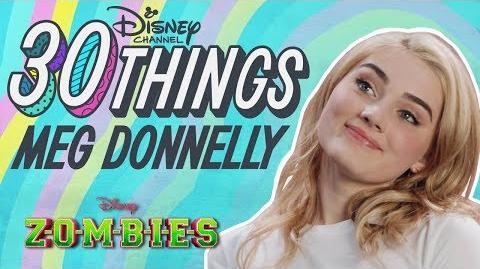