"Sweet! I'm no longer the weird one!"
Zora Lancaster, at 13 years old (11 in the first season), is the youngest, smallest, and most intelligent member of the So Random! cast. She has a photographic memory and a near genius IQ. She is considered the craziest cast member of So Random!.

Zora is quickly labeled "the weird one", and it usually stands true. Quirky as she may be, she's also been seen to have some brains in her head. She uses that brains to get even with other cast members. More than her fellow cast members, certainly. She opts to work in the background mostly, but when she is in front she makes her presence known - showing she's not shy in the least, but rather she chooses to keep her actions under wraps. She can play the violin and is often in the valve in Sonny and Tawni's dressing room. Zora is shown to be a very sneaky girl, but a little caring. She is part of the Blossom Scouts, and puts her knowledge of first aid into action, she's not above using manipulation to encourage people to buy her cookies. Zora hates Dakota and always calls her evil and also always attempts to fight her. Zora also host a celebrity prank show called "Celebrity Practical Joke'D". She successful pranked Chad by glueing his feet to the floor, fulling his convertible with elephant manure and glueing his face to the window. She fell in love in the episode "Sonny With a 100% Chance of Meddling". She used to be a fan of Mackenzie Falls. In the episode "Sonny With a Grant" Zora was absent because she went home to Portland, Oregon which shows she was born there before she came to California to arrive at So Random!

Sketch Characters in So Random!

Holloway is a ten-year-old that Zora was apparently dating before the episode "Promises, Prom-misses". They have since broken up.

Wesley was a guest star on MacKenzie Falls in the episode "Sonny With a 100 Percent Chance of Meddling". Zora is unsure at first whether or not she actually wants to go on a date with Wesley, but due to Sonny's meddling and pressure from her cast mates, she ends up going on date with him. After their date, Zora refers to him as her boyfriend, until she realizes that he only went on a date with her because of a misunderstanding between him and Sonny. At the end of the episode, Zora and Wesley are broken up and she has decided she wants to wait on romance for a while. 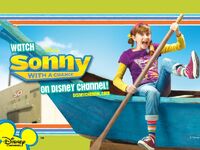 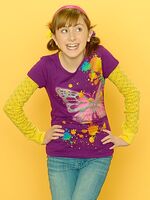 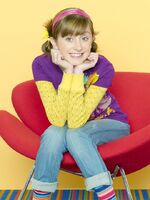 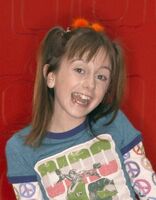 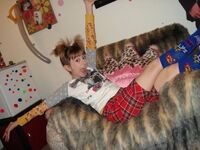 Add a photo to this gallery
Retrieved from "https://disney.fandom.com/wiki/Zora_Lancaster?oldid=3812134"
Community content is available under CC-BY-SA unless otherwise noted.